Steve Stride’s ‘Tales from the Crypt’ 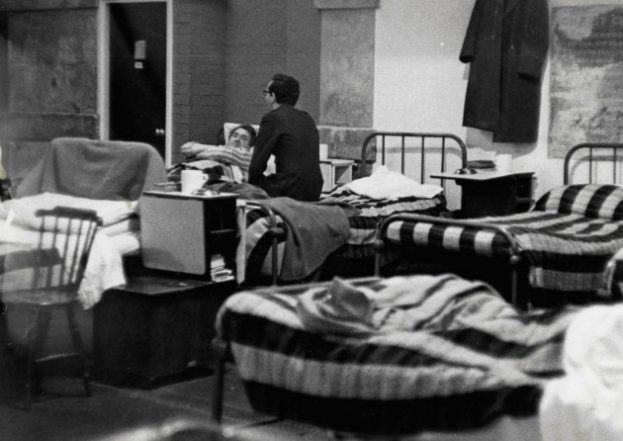 Stephen Stride kindly gave us a preview of his ‘Tales from the Crypt’ – the memories he’ll be sharing at our Sponsored Sleep-In on November the 6th in the crypt of Christ Church Spitalfields.
These stories give a glimpse of the poverty-stricken Spitalfields of the seventies, when you’d be more likely to see people drinking methylated spirits than a flat white. Violence and even murder were a real threat to people living on the streets.
“The whole thing was an incredible experience that had a profound influence on me. Sometimes I can’t quite believe how much Spitafields has changed.  The people who came to our crypt in the 1970s’s were vulnerable and sometimes difficult but they were also warm and eager to share their background and stories.
Many suffered from mental health conditions because of the trauma of their own life experiences.  There was a strong Jewish community living in Spitafields then and there were quite a few survivors of the concentration camps walking down the street with their numbers on their arms. One of our neighbours Mrs Vishnik used to go around the streets screaming and shouting, the kids ran after her saying “The SS are coming”.
Steve was 12 years old when he became a volunteer in the crypt of Christ Church Spitalfields in 1970, a night shelter for homeless people in Spitafields.

“My dad Eddy was Vicar. He became Chair of Spitalfields Crypt Trust Committee. He loved it, and the homeless people who would stay there.

“I was down there every night. They had snooker and table tennis. And for the blokes who stayed there we were just like sons to them. I used to sit on the end of their beds at night, listen to their stories and have a chat with them. I got close to quite a few of them.”
For the men Steve got to know in the crypt, life expectancy was low.
“It was quite weird because nearly all of them died. They were still drinking meth’s then, and that would kill them in months. So practically everyone you got to know died, or was murdered. There was a lot of murders. The death rate was unbelievable – you’d see dead bodies in the street.
“Even though it was a bit cramped and underground, and not great air – at the same time there was something very secure about it. A lot of them felt safe in Spitalfields, Commercial Street – and the market. There used to be fires there at night – illegal fires – and they used to get fruit and veg, beg it off of the stalls.
“Considering their challenging circumstances, they were such an interesting group of people. One of the homeless guys called Banjo was a regular and a really nice bloke.”
Banjo is described in the Independent as the crypt’s most charismatic tenant “…who had a police record for stealing a lifeboat from Birkenhead and sailing it up the Thames.” Steve remembers his colourful life ending abruptly.
“He got attacked by two teenagers who caved his head in with a brick. I can remember being really upset by this when I was told about it because he was a real character, you know.”

While there was very rarely trouble inside the safe haven of the crypt, Steve explained that three of the people who stayed there in his time were known to be murderers.

He was a nasty piece of work. I knew he’d murdered someone and I knew he had a knife, so I thought I’m not answering the door to him.

“He rang a couple of times and then it went quiet. I had a look out the peep hole and it was still all quiet, so I then opened the latch thing and it was still all quiet. So I then went to open the door to see if he’d gone down the street and he came running round, shoved me in through the door, forced me down onto the stairs and he said “I like little boys like you.”
“But at that moment our London City Missionary turned up… and he saw what had happened straight away – just at that moment because the door was still open – and he just got hold of ‘T’ and he threw him out, and he saved me. God looked after me basically.”
The Strides lived in the rectory opposite Christ Church on Fournier Street, in a row of early Georgian houses designed by Nicholas Hawksmoor – the distinguished architect of their Church. Even then, this street in one of London’s poorest wards attracted interesting neighbours.
“The only people still there are Gilbert and George. They moved in in ’76. In the 1980s the racial harassment was terrible. The national front would walk down Brick Lane. A couple of white blokes were attacking a Bangladeshi outside Eric Elstob’s door. He’s this posh merchant banker. He came out and I thought ‘”How’s this bloke going to survive?” Anyway he fought his corner pretty impressively, it turned out he was an Oxford Blue in boxing.”
Steve’s recollections reveal the need for the crypt in Spitalfields- one of the UK’s first shelters for homeless alcoholics and a contrast to other very large, impersonal hostels nearby.
“What SCT achieved was fantastic in it’s time. This was 18 people at a time getting lots of personal attention, lots of spiritual ministry. The conversations at the door, you know, and befriending… The whole concept of rehabilitation, getting them into social housing, independent living –was well ahead its time actually.“
So how did all this experience influence Steve?
“My dad’s line was, that there was no difference between me and a man on the street who may be covered in vomit, he may have just drunk meth’s, slept with a prostitute or be a prostitute – there’s no difference between me and them, we’re all sinners under God. That was the philosophy my dad had. We just took that on board straight away.
“Clearly (volunteering in the crypt) was all part of me becoming aware of social issues, of homelessness, of addictions and all the other community stuff in the church…

“I ended up choosing housing as a career, so I suspect it had a great influence on me and my belief in community.”

In 1998, Steve set up Poplar HARCA (Housing And Regeneration Community Association), which now looks after 9,000 homes in East London. Through partnership working Poplar HARCA is reshaping the Poplar area in providing not just housing but services, amenities and much needed infrastructure.
Steve is both a speaker and a ‘sleeper’ in SCT’s Sponsored Sleep-In at the crypt on November 6th. He will be joined by his mother Irene and brother Derek in sharing memories of the area with an audience of 50 fellow sleepers, each of whom is raising hundreds of pounds in sponsorship for SCT.
Colourful chapters from Spitalfields history will also be shared by renowned local storyteller and comedian Alan Gibley and historian and archivist Stefan Dickers from the Bishopsgate institute. They will be giving a unique theatrical presentation of the areas’ past.
One thing that hasn’t changed in Spitalfields is the need to provide support to those members of our community without a home or in recovery from addictions. Please help SCT continue to provide our services, for which we receive no direct government funding.
Sign up for one of the remaining places at the Sponsored Sleep-In.
If you can’t make it, please sponsor Steve to sleep-in at the Crypt.
Or donate now by texting: SCTG11 £10
to 70070.
You can alter the value of donation to whatever you wish to give.

“Steve Stride’s ‘Tales from the Crypt’ give a glimpse of the poverty-stricken Spitalfields of the seventies, when you’d be more likely to see people drinking methylated spirits than a flat white.” 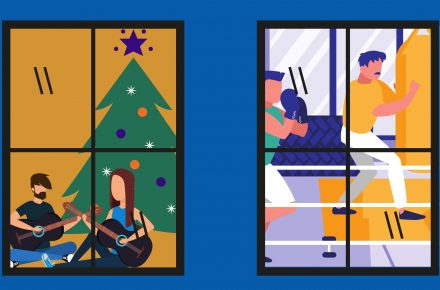 This Christmas, more people than usual will find themselves struggling with addiction and homelessness for the first time. With your support, SCT can work towards making it their last Christmas facing such complex challenges and make next Christmas significantly easier.  As winter approaches each year, the cold weather means… 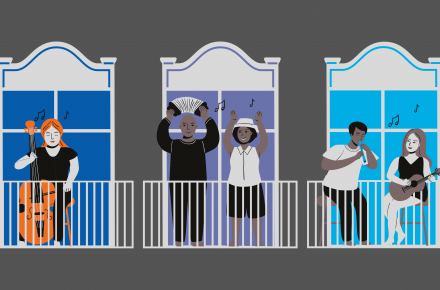 Stories of recovery in lockdown: The Lockdown Blues

For someone struggling with addiction, community is a big part of being in recovery. Since the coronavirus outbreak began and social distancing became normal, recovery has become more challenging. This is part of a series of reflections on lockdown. This is a song by one of our students, Josh, who’s…